"Why is that Chimpanzee called The Chimple”?
Asked the girl, her nose obscured by a pimple.
“Why my dear it is so very simple,”
Replied her Grandfather, his mind still nimble.
“You see, The Chimple swing in a rope tyre thing
And The Chimple dance, jiggle and prance.

If you can call it song, The Chimple sing.
The Chimple try anything once, given chance.

Yet thoughts of The Chimple made her head swirl.
“But how will I recall what The Chimple do?
I’d like to know, so please tell me so,
Because he’s my highlight in the zoo”
Well, the name of The Chimple is quite clear,
So remember this simple rule, my dear. 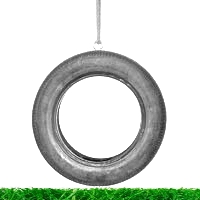 Hi and welcome to MaJaTo Scribes, a collection of some of my stories. All these stories on here are my original work and therefore copyright of Mark Towers (Mark J Towers). No reproduction of any content (in part or full) without permission.
I am only including unpublished stories on here as well as links to my stories that are available on the internet to read/buy elsewhere.
Follow me on Twitter and Facebook.